The Rubino Chem. mascot. For more than 60 years it has featured in the communication and on the labels of the main production lines.

The Irish dancer dressed in a kilt

It was 1943 during the Second World War, Italy surrendered to the Allies and on 3 September the Badoglio government signed the armistice with the Anglo-Americans.

The British allies landed in Bari and set up their base camp at the town square in Carbonara di Bari, now a district of the metropolitan city of the same name.

Rosamaria Palella ran a grocery shop at the time and, among her many activities, also sold salt, tobacco and chocolate. Being the great shopkeeper that she was, she made arrangements with the British military to buy chocolate and other goods supplied to the soldiers and not used by them, to resell in her own shop.

Every day, Antonio, then 14 years old, would go to the base camp a few hundred metres from his home and pick up products wrapped in newsprint from the military. One fine day, while opening the wrapping, Antonio saw the beautiful picture of the Irish dancer and, impressed, he thought of keeping it in a drawer of his bedside table.

Among grandmother Rosamaria's other activities was the production of laundry soap in loaves and Antonio, now an adult, became the only son to continue the family business. Then as now, economic resources were needed to start a business and so, in order to raise the necessary funds, he had to work for a short time as a detergent and soap representative for a more structured company, Ambrogio Lopriore. In 1960, Lopriore ceased business as he had no heirs, and Antonio, armed with the experience he had gained, wanted to continue production. The decision to strike out on his own led him to use the dancer that he had proudly kept, coining the new name Super Stella, to characterise his products.

Therefore, since then the image of the famous Irish dancer dressed in a kilt has been associated with the name Super Stella. Meanwhile, there was something of a graphic revolution and in the 1980s it was decided to stop using historical images in favour of the flat, linear images that characterised the detergents produced in the 1980s-90s.

In 1999, Luigi Rubino, Antonio's son, was working for the family business dealing, among other things, with the production and development of new formulations; at the request of a major customer, he developed a formula that he initially called Essenza in which he believed to the extent that he invested all his own physical and economic resources. No one else believed in this project, so much so that Luigi had to set up the new company Rubino Chem srl in 2002, after purchasing and liquidating the family business.

Also needing to give his products an image, he thought that Super Stella could well represent the new formulations. Since then, the ballerina, which has become the company's trademark, is present on several product lines and is an icon recognised by customers. 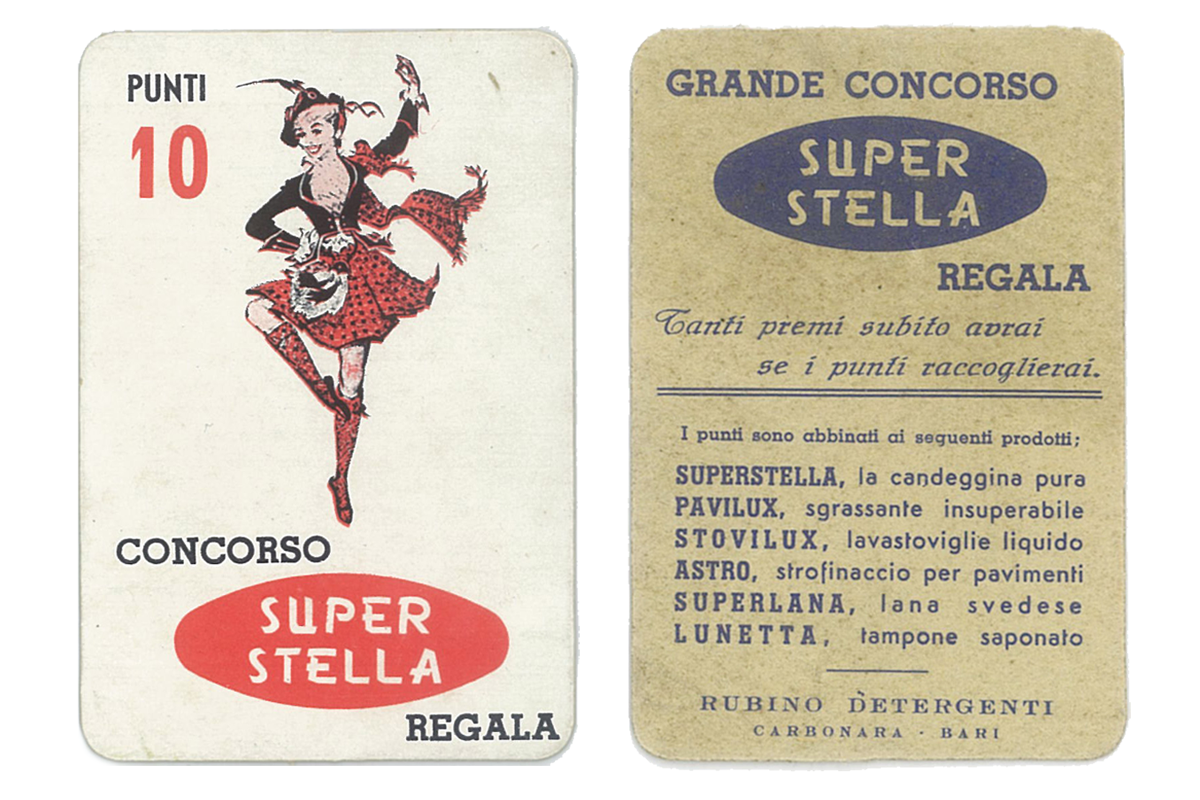 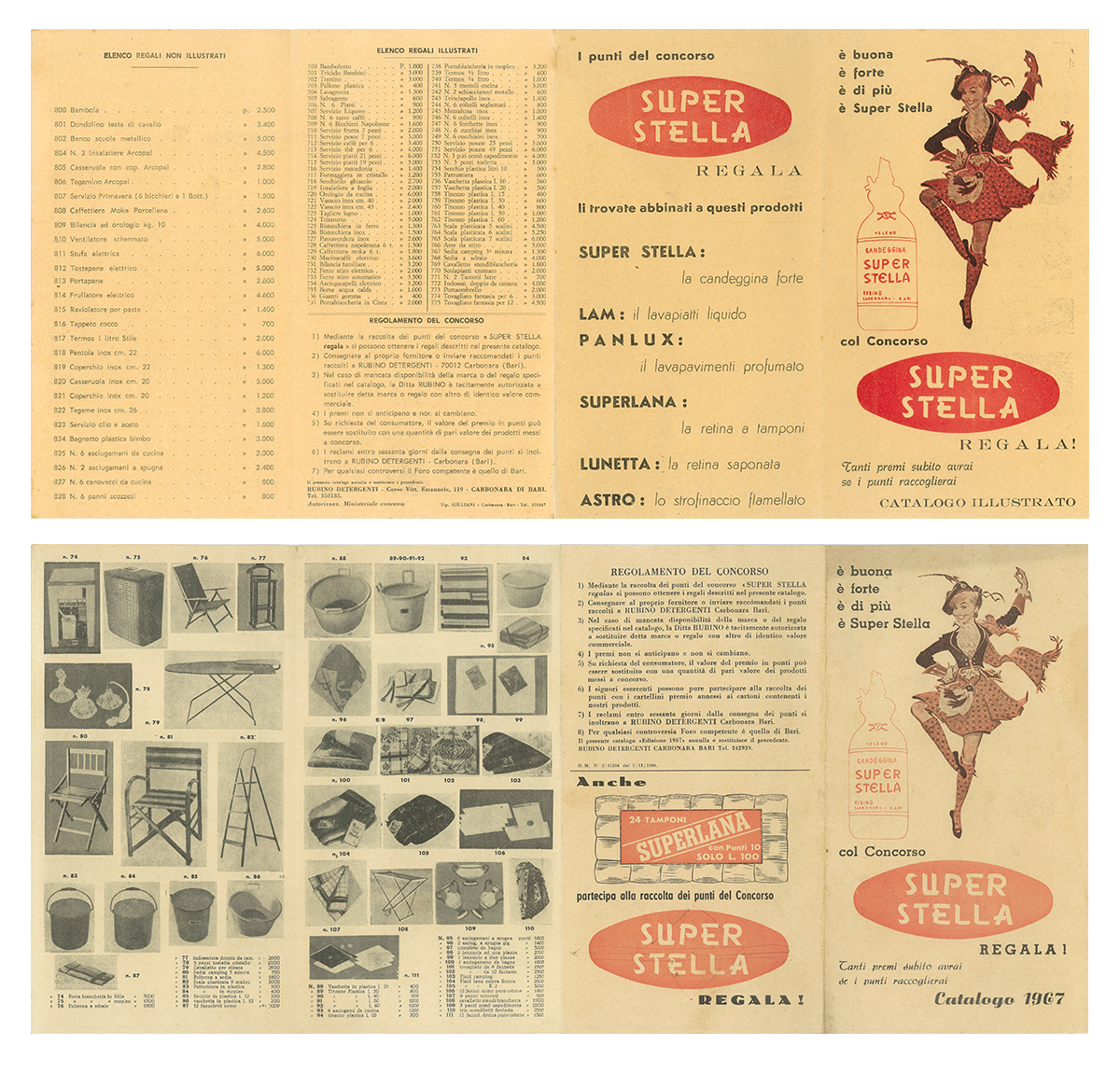 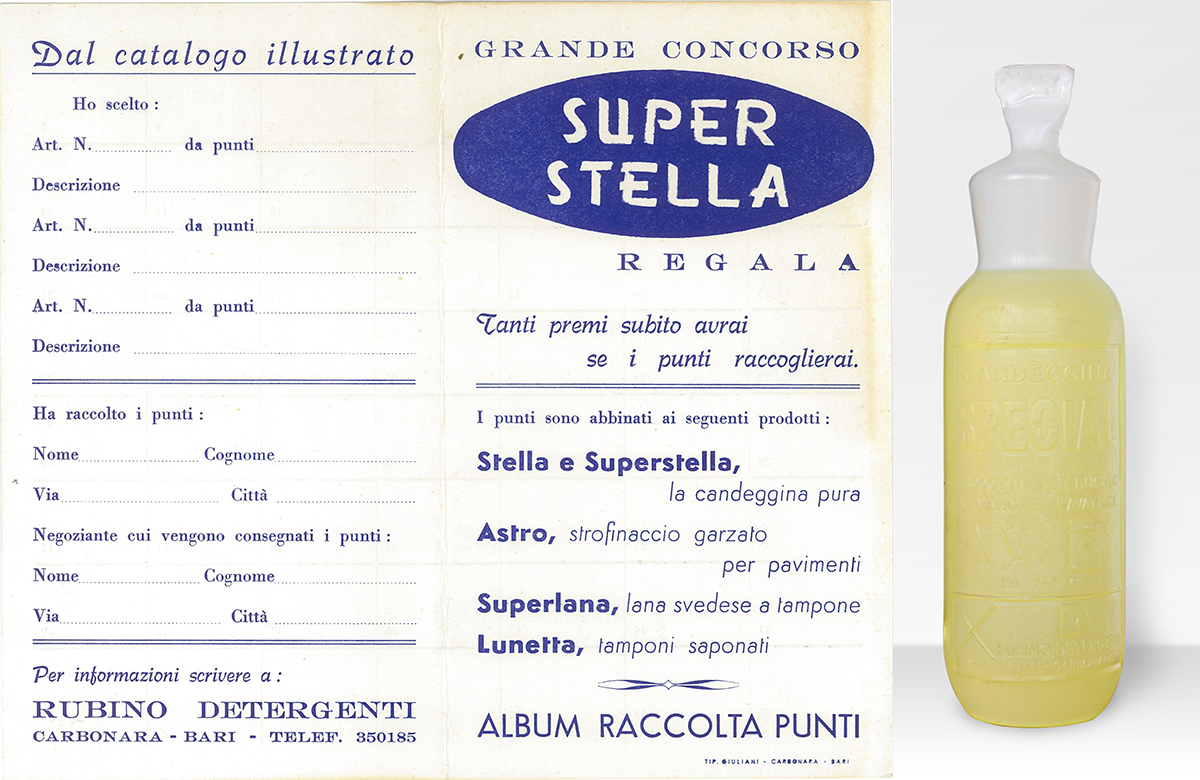 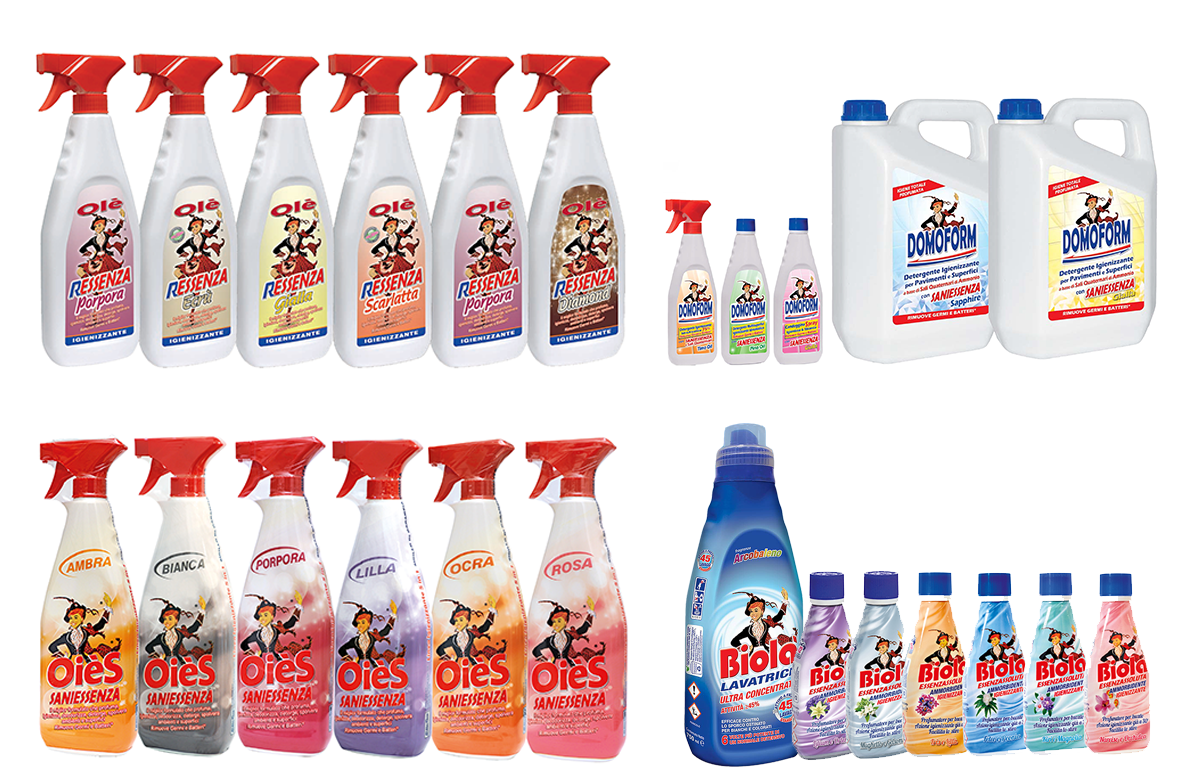